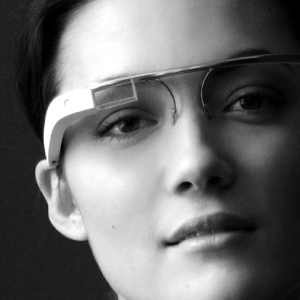 My sense is that 2012 will be remembered as the transition from the second wave of mass retailing to the third wave.

And some retailer is about to step up and own it, by creating a truly new retail format based on the evolving technology being pioneered by Google, IBM and others. And with this change in retailing will come a radical redefinition of the role of the retail package as the singular representative of the brand in store, a role it has owned for 150 years.

We are now living in a time much like 1859, the year A&P launched the first wave of mass-retailing with the concept of a chain food market, and like 1916 the beginning of the second wave, when Piggly Wiggly took that concept and made it self service.

Smart retailers are now experimenting with technology that will allow them to become the A&P or Piggly Wiggly of the 21st century, by evolving the retail experience from assisted retailing, to self-service retailing to . . . I don’t know . . . lets call it cloud-based retailing. 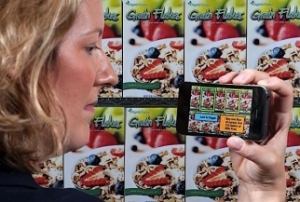 About three years ago I began discussing Augmented Reality (AR) and the transformational influence it will have on retail brands, packaging and the shopping experience, when learning about early tools like SixthSense (an early version of a device developed at MIT Media Lab with Google glasses-like capabilities), Wikitude, Yelp, and Scanlife.

Since then we have reached a point where QR codes have become ubiquitous and frankly passé, from the shelves of Target, to the pages of every newspaper and magazine, to the walls of a subway car. Retailers are now experimenting with the next generation of retail AR platforms. And two recent pieces, one in Ad Age Digital and one in the NY Times Bits column, begin to hint at the next steps.

The Ad Age Digital piece, written by Jack Neff, talks about an IBM technology that will take the retail experience far beyond the traditional one-to-one relationship between the shopper and the package. As John Kennedy, VP Corporate Marketing, describes,

“You specify the things you’re interested in, and then using your device and the video camera on the device, as you scan the product the app will recognize it and superimpose the information you’re looking for on the product itself . . . (the app) marries the wealth of information on the web so the shopping experience becomes more informative and personal to help them make better decisions. It opens questions about what can happen in the relationship between the retailer and shopper and ultimately the (brand) marketer.”

The NY Times Bits piece, written by Nick Bilton, talks about the way ideas have been communicated from Gutenberg and Aldus Manutius to Sergey Brin and Google’s Project Glass. A technology that is likely to be very similar to what IBM and its retail clients are exploring. His point is that “When technology gets out of the way, we are liberated from it. Wearable computing will free us from peering at life through a 4-inch screen.”

At retail, and soon by the looks, we will no longer be limited to peering at a brand through a bag, or box or can. These new forms of retail experiences led by AR will free us from the package as the sole brand storyteller in-store. Our retail experience of the brand will be transformed by in-store media that goes far beyond just the physical package. And when the package is not the sole communicator of the brand, it will lead package designers and their clients to redefine the future role of a package.

For designers
What should a package look like in a third wave retail environment?

For marketers
What does a package say about a brand when so much is being said by the AR platform?

For Retailers
How do I display a package or create an environment that supports a connected shopper?

For regulators
What must continue to be communicated, by law, on the package?

designer, husband, teacher, blogger, father, athlete, author, historian Richard has over 25 years of brand identity and package design experience, with a wide range of clients such as Ahold, Coca-Cola, Hasbro, IBM, Johnson & Johnson, Pernod Ricard and Procter & Gamble. He began his career working with the legendary advertising art director, and AIGA Medalist, George Lois and the British design manager Clive Chajet. In his next design management position at Lippincott & Margulies, he worked with Walter Margulies learning the complex skills of global corporate identity. He then became Creative Director and Partner at Peterson & Blyth, one of the premier brand identity and package design firms of the time. He is a founding faculty member of the Masters in Branding Program at New York’s School of Visual Arts. He publishes the blog The Package Unseen, and has been a guest lecturer at colleges including FIT, Trinity College and Tyler School of Art. He is a graduate of the Tyler School of Art at Temple University. Richard is a Board member of the AIGA MetroNorth Chapter, past President of AIGA‘s Brand Design Association, President of the Package Design Council and a member of its Board of Directors. He is a member of USA Cycling and US Rowing, a nationally ranked masters bicycle racer, and a member of The Saugatuck Rowing Club, the 2010 Masters Club National Champion.
View all posts by Richard Shear →
This entry was posted in Design Criticism, Design Practice, Packages Tomorrow, Packages Yesterday, Packaging Technology, Retail Technology and tagged Augmented Reality, Brand Design, Branding, Design, Design Technology, Graphic Design, marketing, Package Design, Package Design History, Packaging. Bookmark the permalink.